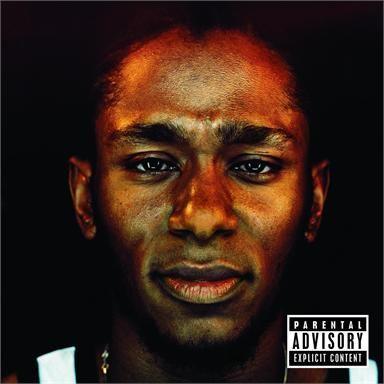 [Mos Def] - speaking over sung vocals
Man.. for real
I was in love with this girl, y'know
I was.. to' up dog! I'm tellin you man
She was wild man.. f'real
It's just too.. let me tell you about her

[Mos Def]
Yo, in she came with the same type game
The type of girl givin out the fake cell phone and name
Big fame, she like cats with big thangs
Jewels chip, money clip, phone flip, the six range
I seen her on the ave, spotted her more than once
Ass so fat that you could see it from the front
She spot me like paparazzi; shot me a glance
in that catwoman stance with the fat booty pants, Hot damn!
What's your name love, where you came from?
Neck and wrist blazed up, very little make-up
The swims at the Reebok gym tone your frame up
Is sugar and spice the only thing that you made of?
I tried to play it low key but couldn't keep it down
Asked her to dance she was like "Yo, I'm leavin now"
An hour later, sounds from Jamaica
She sippin Crys straight up, shakin, windin her waist up
Scene two: my fam throwin the jam
Fahreed is on the stand big things is in the plan
The brother Big Mu makes space for me to move in
Hey, this my man Mos, baby let me introduce; I turn around
Say word! You was the same pretty bird who I had priorly observed
tryin to play me for the herb (Yeah, that's her)
Shocked as hell she couldn't get it together
I just played it long and pretended I never met her
"How you feelin?" "Oh I'm fine." "My name is Mos." "I'm Sharice.
I heard so much good about you it's nice to finally meet."
We moved to the booth reserved for crew especially
And honey love ended up sittin directly next to me
I'm type polite but now I'm lookin at her skeptically
Cause baby girl got all the right weaponry
Designer fabric, shoes, and accessories
Chinky eyes, sweet voice is {*fucking*} with me mentally
We conversated, made her laugh, yeah you know me bro
Even though I know the steelo, she wild sweet yo
I'm bout to merc, I say peace to the family
She hop up like "How you gonna leave before you dance with me?"

[Mos continues speaking through sung hook]
She blew my whole head with that dude, I was like "What?"
I played it low though, I was like
"Yeah, aiight, c'mon then, let's go"
It's mad, the shit is so sick, I'm tell you
Yo, honey was so blazin, she was just..
Yo, she was like Jayne Kennedy, word bond
To my mother man, she was that ill man
She take me to the dance floor and she start whisperin to me

[Mos Def]
Yo, let me apologize for the other night
I know it wasn't right, but baby you know what its like
Some brothers don't be comin right
I understand, I'm feelin you
Beside, 'can I have a dance?' ain't really that original
We laughed about it, traced her arms across my shoulder blades
They playing lovers' rock, I got the folded fingers on her waist
He end my butt up like the Arizona summer song
Finished then she whisper 'honey, let's exchange numbers'
Scene three: weeks of datin late night conversation
In the crib heart racin, tryin to be cool and patient
She touched on my eyelids, the room fell silent
She walked away smilin singing Gregory Isaacs
Like 'if I don't, if I don't, if I don't'
Showin me that tan line and that tattoo
Playin Sade, "Sweetest Taboo"
Burnin candles, all my other plans got canceled
Man I smashed it like an Idaho potato
She call my at my J.O., 'come now', I can't say no
Ginseng tree trunks, rockin the p-funk
Cocking her knees up, champion lover not ease up
Three months, she call 'I feel I'm runnin a fever'
Six months, I'm tellin her I desperately need her
Nine months, flu-like symptoms when shorty not around
I need more than to knock it down I'm really tryin to lock it down
Midnight we hook up and go at it
Burn a stogger, let her know, sweetheart I got to have it
She tellin me commitment is somethin she can't manage
Wake up the next morning, she gone like it was magic
Ahh damnit! This all Harrison Ford frantic
My 911 wasn't answered by my fly Taurus enchantress
Next week, who hit me up, I saw Sharice at the kitty club
With some banging ass Asian playin lay it down and lick me up
What!?