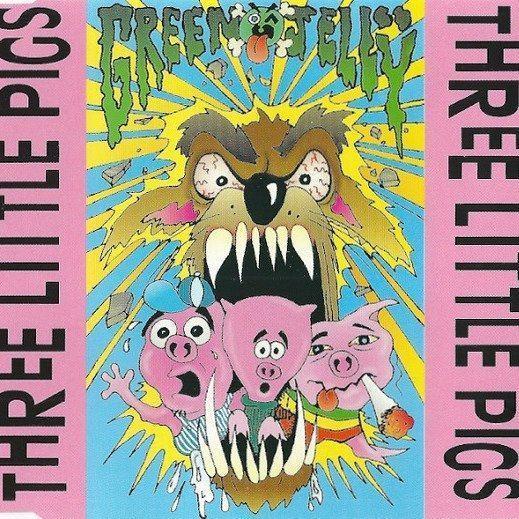 Well the first little piggy
Well he was kinda hip
He spent most of his day just a dreamin' of the city
And then one day, he bought a guitar
He moved to Hollywood to become a star
Livin' on the farm he knew nothing of the city
Built his house out of straw, what a pity
And then one day, jammin' on some chords
Along came the wolf knockin' on his door

Well the third little piggy
The grade A student
His daddy was a rock star, named Pig Nugent
Earned his Masters Degree from Harvard College
Built his house from his architect knowledge
A tri-level Mansion, Hollywood Hills
Daddy's rock stardom paid for the bills
And then one day came the old house smasher
The big, bad wolf the little piggy slasher!

Well the big, bad wolf
Well he huffed and he puffed all that he could
And low and behold the little piggy's house stood
"It's made out of concrete", the little piggy shouted
The wolf just frowned as he pouted
So they called 911 like any piggy would
They sent out Rambooo!
Just as fast as they could

And the moral of the story is...
A band with no talent can easily amuse idiots with a stupid puppet show